After a long time halt, I made another cinnamon mead again. It is pretty simple to make. At last time, I tried to make the Nord mead from The Elder Scrolls Official Cookbook. But I have garbled cassia with cinnamon, so I made without it. However, it’s a determinative flavor. You can’t say it’s a Nord mead without cinnamon. So this time, I bought a pack of cinnamon powder to ensure the flavor.

After around 14 days of fermentation, transfer the mixture to the sanitized glass bottle, store them in the fridge. And at the end of the fermentation, there were around 1/6 protein and cinnamon precipitation in the bucket. I chose not to add them to the bottles. Then store the bottles 2 weeks more to ensure stability.

I forgot to measure the OG before starting the fermentation, so I just estimate the alcohol with the FG and the standard OG of a mead. Maybe the ABV is around 10%-14%. And I’m pretty sure it’s stronger than before. The completed liquid smells rich in floral, honey, and cinnamon. It tastes a little intense and seldom sweet. And also a strong yeast flavor in the aftertaste. Absolutely it’s a mead. 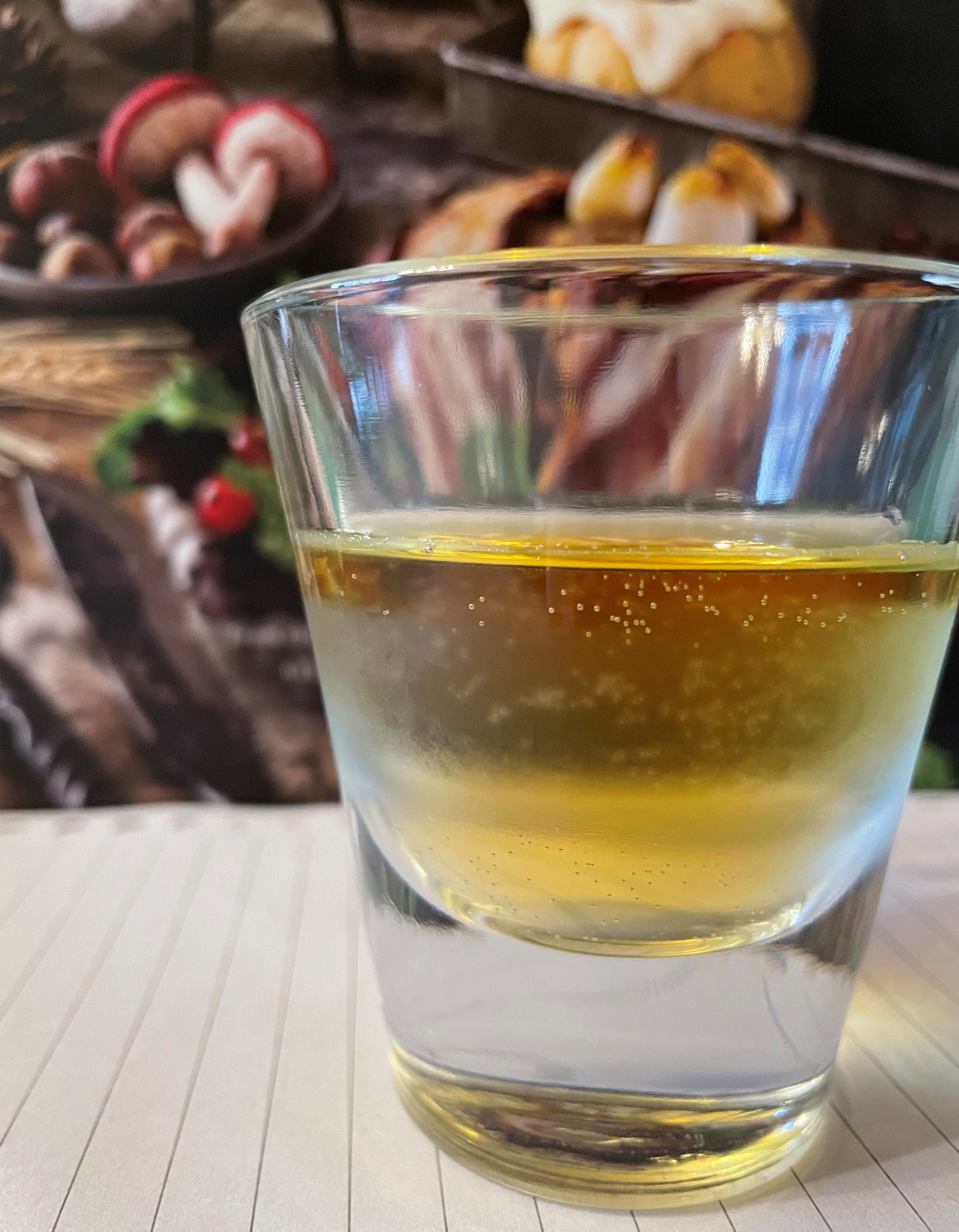 I’ll try the 10L bucket next time. And put some Irish moss I bought last year to decrease the yeast precipitation in the liquid. Maybe some spicy flavor like ginger can also help to increase the taste.