Finally, I just brewed another batch of ale after two years. I made this batch around May 2021. Due to some procrastination, I didn’t write it down until now.

I intended to crushed the malt on this day. However, I spent over 1 hour on finding bolt for the lever stick of the malt crusher. Because I don’t use it for a while, I can’t find it anywhere. I tried use electric screw driver instead, unfortunately, the power isn’t enough. Finally I found a proper bolt in my skateboard’s spare parts.

But I also feel hard to turn the grinder and spent ten minutes to crush 4.5kg malts.

Because I didn’t have any device to cool down the wort instantly, I kept wort in the sealed pot overnight and added yeast the next morning. I chose two high alcohol tolerance yeast in this batch. Because room temperature isn’t in LALBREW CBC-1’s primary fermentation range (20°C), I added one pack of LALVIN ICV-D47 to raise the ABV. However, both were not in the ideal fermentation temperature while using.

Compared with the previous batch, fermentation was not fierce on the first two days. Even though the airlock keeps bubbling during the two weeks.

Ordinary sanitizing and bottling process. I bought half a dozen 300ml Heineken lager beer to reuse its bottle. However, when I started capping, I found this kind of bottle couldn’t be recapped with the hand capper. The raised part of the bottleneck is too thin for the hand capper. Wondering I didn’t notice it before. Luckily, I have enough Chimay and Delirium bottles.

I opened up a bottle after two weeks, its tastes just like the previous batch in two years but more a strong yeast flavor. The ABV is enough, with a slight sweetness from maltose and a little thickness. However, the secondary fermentation was not succeeded. The beer totally didn’t get carbonated. There is still no foam in the bottle after two months of aging.

Taste after half-year: The body seems to become more strong and drier. The BRIX in the last bottle is 13.6, slightly higher than fresh bottled.

Maybe next time, I need to start brewing at a proper room temperature. According to the last few trials, a fierce fermentation in the first 1-2 days always got carbonated results. 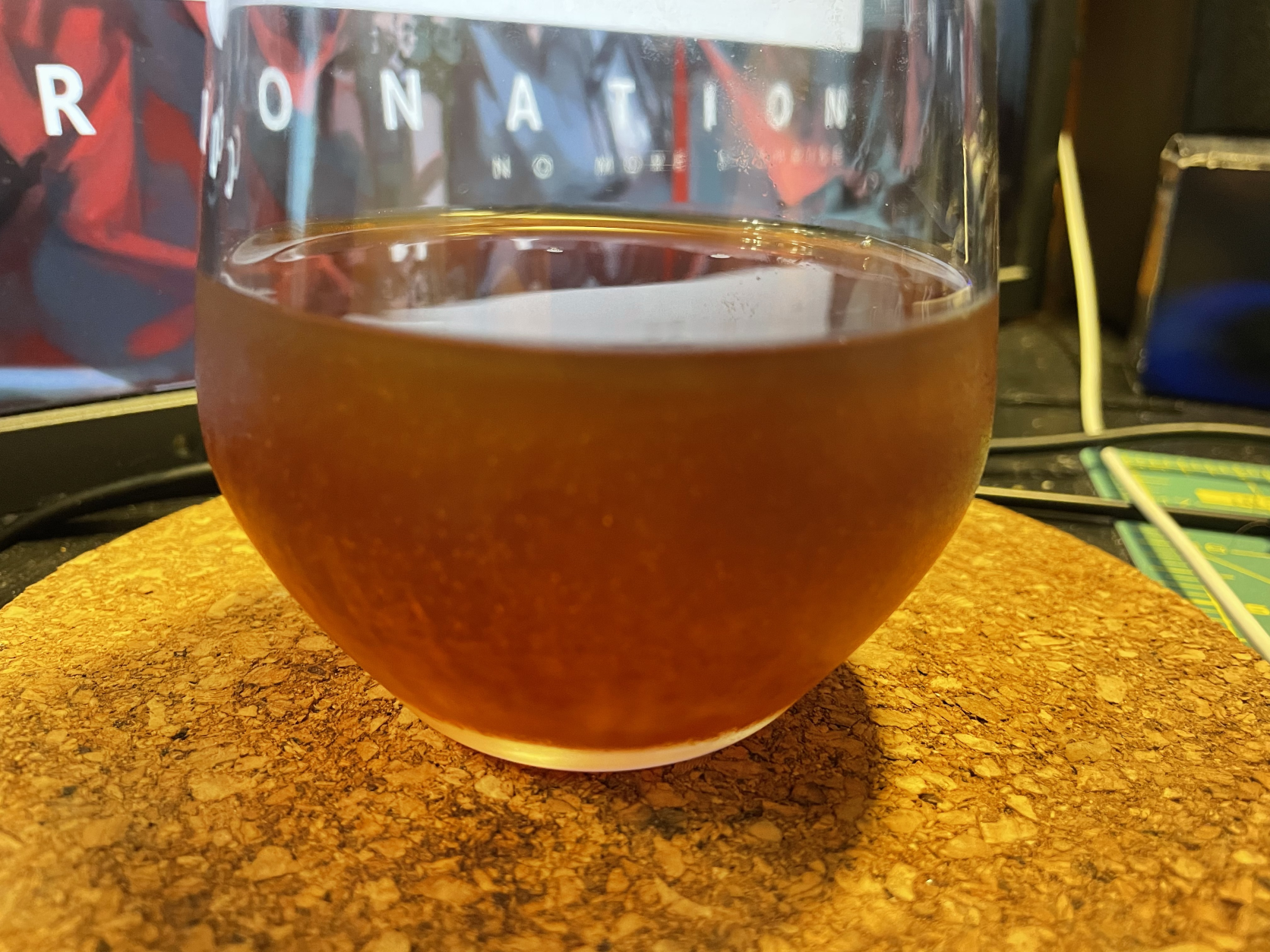